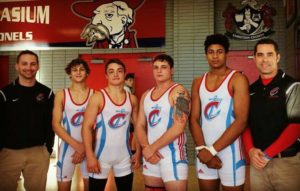 “I wanted to thank you and the REACHES group for bestowing the grant upon our team. We used the award to purchase a new set of team singlets and a half set of white finals team singlets (one of each size). 2016-2017 was far and away the best season in Laker Wrestling history. The team captured titles at two duals tourneys. Our biggest splash in a tournament was at the KHSAA state tournament where we finished 11th place. Our returning state medalist at 220 made the finals and was joined by our 195 pounder. Our 195 would pin his opponent in the 2nd period. Our 220 finished runner up, coming up short in an 8-7 match. Prior to this season, our highest individual placer was 4th and we had not had multiple state placers in the same year. This year we had 2 guys in the finals! We had another 2 wrestlers fall in the match to place round. All in all it was a great tourney and year for us. Thanks so much for your support of our program!” – Calloway Laker Wrestling Head Coach, Chris McWherter 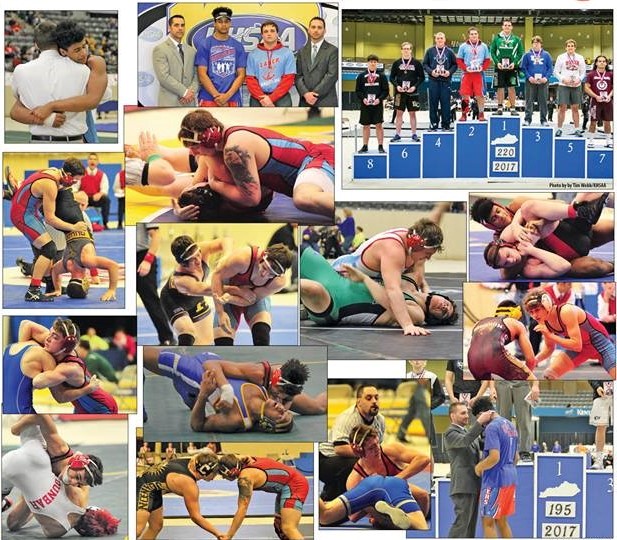 The Calloway County Laker Wrestling Team in Kentucky has been awarded R.E.A.C.H.E.S. funding to procure new team singlets. The Laker Wrestling program was founded in 2004 by Dickie Walls and competed as a club team while building for the future as a school team. In 2006, Calloway County High School adopted wrestling as a sport and launched the team with Walls at the helm. Several assistants have come and gone with Murray State University providing 4 coaches to the program. In 2008, Florida transplant Chris McWherter joined the team as an assistant.

The team has shown steady improvement year after year. In the 2014 season the team had its first state place winner at the KHSAA state wrestling tournament when Isaiah Frank took home 5th place honors. Frank would become Calloway’s first collegiate wrestler moving on to Lindsey Wilson College. The 2015 season would be historic for the Lakers. The team finished in 9th place at the state duals tournament and Scott Ruttman captured 8th place in the individual state tournament.

After the 2015 season, with his son graduating, Coach Dickie Walls retired his position. Coach Walls recommended Coach McWherter to be his successor in part due to McWherter’s passion and knowledge for the sport and his continuity with the program. The administration and school board selected McWherter as the best available candidate.

In McWherter’s first season the team would have its best year to date. The Lakers won the Armstrong Duals tournament in December and would finish 7th at the State Duals tournament. In individual tournament action, the Calloway team was equally impressive. During Christmas break they captured runner-up honors at the Christian County Invitational. In January, they team would take runner up honors at the Hopkinsville Invitational. In February, the team placed 3rd in KHSAA Region 1 Tournament, qualifying 7 wrestlers for the state tournament and all 3 seniors. The seven qualifying wrestlers is a new team record.

“I am challenging our kids to RISE UP,” McWherter said of his ambitions for the program. “I sought out additional funding to assist in taking this program to a higher level. I am ecstatic to receive the R.E.A.C.H.E.S. funding. It is definitely one of my proudest moments in my first year because I know how much it will motivate the kids going into next season with the things that the funding will be used for.” The R.E.A.C.H.E.S. grant money will be used to acquire a full set of custom singlets for the Varsity team. Currently the team has only 10 singlets. Also, the team will receive a half set of singlets for individual tournament finalists.

In receiving the grant, the Laker Wrestling program would like to graciously thank the R.E.A.C.H.E.S. program. The kindness and generosity of such a program is truly a blessing for those teams selected for funding.

About R.E.A.C.H.E.S.
R.E.A.C.H.E.S. (Rewarding Educational Athletic Choices Helping Each Sport) is a nonprofit 501(c)(3) organization founded in 2007 in an effort to promote, protect and preserve the integrity of amateur athletics by providing athletic and educational opportunities to all athletes of all ages and abilities. This unique experience will provide educational, technical, and lifelong lessons for athletes, coaches, parents and fans that seek to capture meaningful, compassionate, harmonious, interesting and active lives. All profits from R.E.A.C.H.E.S. will be used to support specific needs in each sport to ensure future generations of athletes, fans, parents and coaches will continue to learn from valuable lifelong athletic lessons.